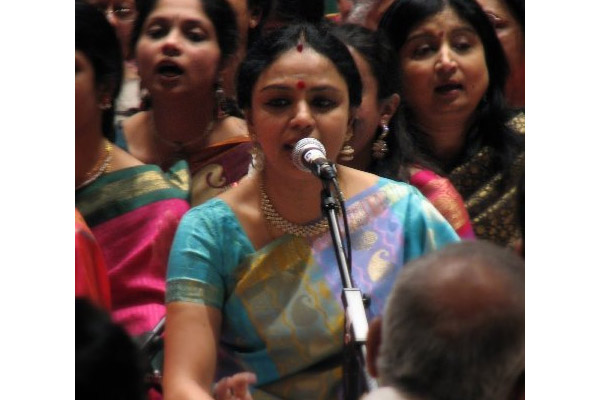 The Nuances of November

Curtains rose for an eventful November at Narada Gana Sabha, Chennai on 1 November for the Bharat Sangeet Utsav.

The 15th of November saw Sudha campaigning for a cause – as part of creating a wider awareness around the World Day for Prevention of Child Abuse, joining hands with Tulir – Centre for the Prevention and Healing of Child Sexual Abuse. (More details in Samudhaaya Foundation)

Away to Israel to perform on 18 November for The Tenth Annual Jerusalem International Oud Festival, Sudha had one of her most memorable concerts.

Click below for a review of the concert
www.deccanherald.com
The Times Festival in Banglore on 23rd November saw Sudha regaling her Kannada audience. Below is a snapshot of the program
timesofindia.indiatimes.com

The curtains came down for November with the conferment of the Sangeetha Kala Sagara Award by the Visakha Music Academy during its 40th Annual Festival of Music and Dance. This was followed by a concert by Sudha.

The stage is now all set to move on to a dulcet December, Sudha being as eager as her fans, to share and regale with her beautiful music.